Not content with taking on one of the toughest marathon-distance events anywhere: the V3K, Steve C made the daunting task an awful lot harder by falling and damaging ribs / side / muscles - not once - but twice in the days leading up to the event. Now, even on top form and on a good day this is one ultra-event where - given the horrendous terrain and stringent cut-off times - even a simple ‘finish’ is far from a given. When not on top form, few ‘normal’ people would dare to take the start: but then Steve isn’t a normal person.

In spite of the self-induced handicap, Steve, in extreme pain at times, still gave it a go and managed to conquer the very serious summits of Snowdon, Garnedd Ugain, Crib Goch, Elidir Fawr, Y Garn, Glyder Fawr, Glyder Fach and Tryfan before ultimately calling it a day at the point he both literally and metaphorically keeled over in a horribly painful DNF at the second aid station at Ogwen. At this stage Steve was down to a 3kph average pace but, amazingly, was still within cut-off times.

Counterpointing Steve’s bad day, Emma S had a fantastic day at the Scissett sprint triathlon (Swim 412m / Bike 17.6K / Run 4.2K) where she smashed an age-group win in a time of 1:16:30. This course, albeit slightly short, is not for the faint hearted. The bike section is very technical and hilly and includes the brutal 5km-long climb of Emley Moor. The run is just as hard with lots of hard and punchy climbs and uneven underfoot conditions. As a bonus, not only did Emma win her age group, but also achieved the fastest female time ever recorded for the event’s bike-course segment on Strava.

In bike-racing news, last weekend Steve W took part in the last medium gear (72”) event of the 2017 season with a twiddle-fest in the Matlock CC 25 mile event in Derbyshire’s Peak District. All medium gear racing is physically and mentally taxing, medium gear racing over 25 miles is both of the above, plus, almost certain to leave physical reminders in the tenderest parts of a racer’s anatomy: and so it came to pass. As some consolation, Steve won the event in 1:04:03, more than a minute quicker than the second place rider.

Unfortunately one of the recent rounds of this esoteric series was cancelled due to appalling weather conditions, meaning Steve could only compete in three of the 2017 events: the minimum number of finishes required to count for overall series positions is four. A pity really as Steve’s two wins and a fifth place might well have helped him to a series podium. 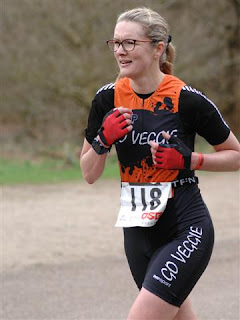