They call it the 'The Marathon with Mountains" yet it's not quite a marathon and I've never really considered them mountains...until now that is. Welcome to Yorkshire and The 3 Peaks Race.

Comprising 23.3 miles of trail and fell in its purest form with 5,279 feet of ascent/descent over Pen-y-ghent, Whernside and Ingleborough. Throw into the mix plenty of sideways rain, poor visibility, sleet burning your eyes and even some snow on the tops. A bargain at £25, it would be rude not to give it a go.

The 61st annual event had 1,019 registered competitors and 701 finishers, fortunately I was one of the lucky ones that made it around relatively unscathed. I was awarded a Standard 4:58:59 finish time, 210/329 MV40 and are genuinely just happy to be alive.

Two days later and I'm still descending the stairs on my backside, asked if I would do it again...hell yeah! 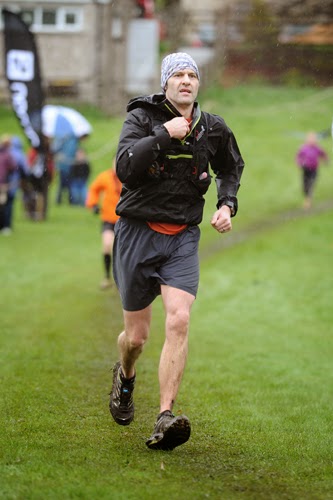