Running has been the staple diet of most of the recent GV activity with many members hitting parkruns at Pontefract, Nostell Priory, Doncaster and . There were even some festive period heroics with Emma S and Rosie Wigg both doing back-to-back events at Pontefract and Nostell. On this one-off occasion, the organisers leave just enough time for those up for the challenge to finish one, commute between the venues, and start the next.

As well as parkruns, Rosie Wigg and Mick W have also been active in the Yorkshire-based winter cross-country PECO series plus some open events as well. Rose competed in the hilly and tough 10K a couple of weeks ago while Mick, on New Year’s Eve took on the infamous and immensely popular Auld Lang Syne fell race.

This race attracts the cream of fell runners and also, traditionally features the Brownlee brothers and occasional guest appearances by their world-level-triathlete training buddies. As well as attracting elite runners the race remains firmly grounded and boasts, amongst other touches, plenty of fancy-dress competitors and a Bottle of Daleside beer for all finishers.


The on-form and still improving Mick had a really good run given the level of competition and finished 122 / 413 in 57:33. Anything under the hour for the truly peat-bog-traversing 6.7 mile / 1,100 ft ascent race is considered a bit of a yardstick. 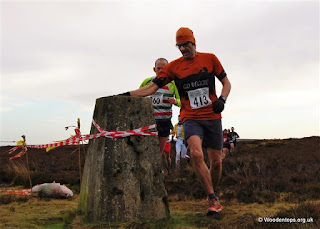