Steve W was clearly on something of a mission in Sunday's (14/09) running of the Derby Sprint Triathlon (Swim 400m / Bike 18K / Run 5K) as he beat his previous two results on the same course (last done by him in the late 2000s) by a good three minutes. At this rate of improvement we reckon he'll be flying by the time he reaches his 60s.

Steve comfortably won his age group and was 9th overall in a field of well over 500, a decent number of whom were young enough to be his grandkids. 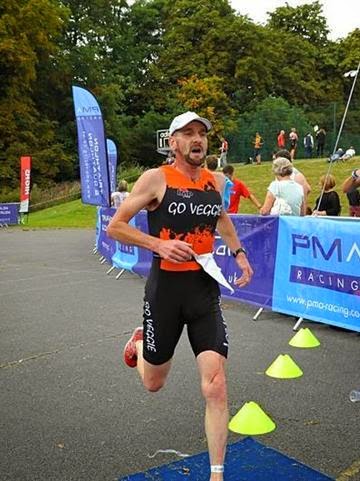