Steve C and Len were in action at the Vegan Carneddau Half Marathon in Snowdonia on Saturday (28th June). This was quite something given that Steve has been sidelined for many weeks now with an injury that's required many arduous and ongoing physiotherapy sessions.

We doubt whether the physiotherapist's recent advice included competing in a fell race where the course takes in an unmarked mountainous route of approx 13.1 miles with 1,100m of ascent and no aid stations. To add to the spice the organisers make it quite clear that competitors need to be a competent navigators with the stark warning that if the cloud comes down then the Carneddau are "renowned for being tricky" (read: "we'll never see you again").

Untroubled by such trifling consequences, Steve and Len took on the event in dank and drizzly weather - making the going on some of the wet and slippery rocks pretty 'challenging'. At one point, on an almost vertical section of Pen yr Ole Wen, a couple of concerned hikers asked Steve if he needed help and then watched open mouthed (after a polite refusal) as Len weaved and scrambled his way up the ridiculously steep terrain with Steve in his wake only occasionally having to guide, and not act as ballast.

With only one slight navigational blip the duo made it and completed the full event without major incident. A genuinely impressive achievement at any time, truly bonkers off the back of very little training following an injury. The next physio session should be fun... 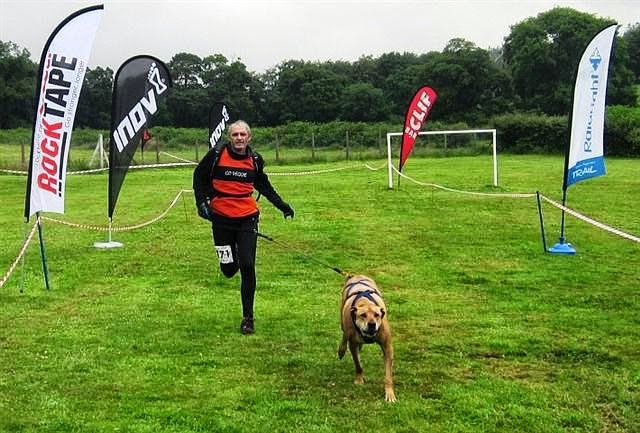