More river than canal but you get the idea. A scenic, annual 5k fundraiser which is relatively flat and attracts big numbers for an offroad waterside loop aside the River Aire. This 10th Anniversary edition witnessed the return of four GV members battling with higher temperatures and lower slug and snail count to the previous year. All four finished well within the top half of the field, Steve W first GV back in 18:58 securing a respectable 21/304 position. Mick W equaling his 5k PB in 20:07 placed 41/304. Rose W 105/304 proved that her injury is well behind her producing her fastest time since April and only 30 seconds off PB pace in 23:10. Emma S 111/304 who is currently on triathlon form smashed a minute and half off last years result in 23:26. All money raised goes to www.janetomlinsonappeal.com for children's and cancer charities.

No gastropods were harmed in the making of these results. 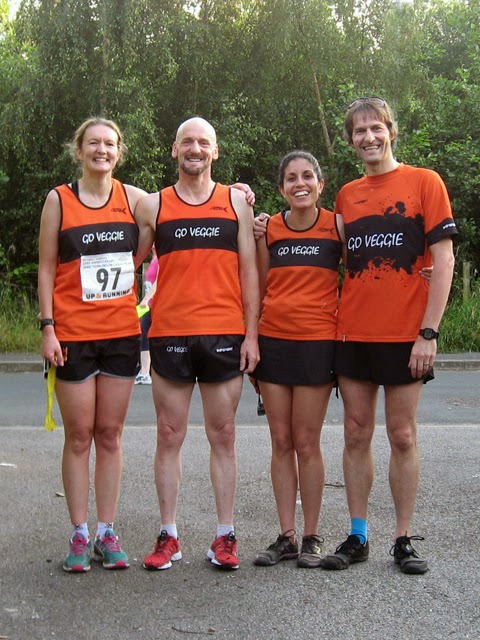