Emma S and Steve W realised that it paid to be from the North East when trying to understand the pre-race briefing at Sunday's (8th June) Northumberland Sprint Triathlon (S850m / B20K / R 5.3K).

Perplexed by too many why-ayes and marras they both decided the best strategy was just to follow everyone else into the pleasantly warm but silty-and-weedy Druridge Bay Country Park lake in the hope that their pre-race recces had been sufficient.

A frantic washing-machine of a (longer-than-standard) swim was followed by a true quagmire in transition - which thanks to a pre-race downpour looked more like a mass mud-wrestling bout than anything - and 20K on the tougher-than-it-looks bike course, before round two of the mud-wrestling ring and a final 5.3K run round the mixed terrain pathways of the country park.

Emma improved massively on her time at last year's running of this event and managed to finish 5th in her age group. Steve also improved and went well, getting back to something like top bike form, winning his age group and finishing 11/199 overall notwithstanding some very strong competition.

In spite of it taking a full two days to dry and clean all the race kit this event is a cracker. It's in really pleasant surroundings right on the beautiful Nothumberland coastline with nature reserves making a fantastic backdrop. Highly recommended (unless you are fast). 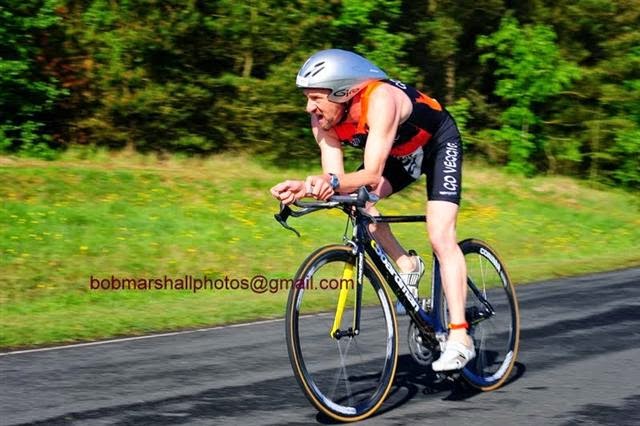