There were two GO VEGGIE dogs flying the flag again this weekend. Stuart persuaded Emma S to parkrun at Pontefract (pic) and having previously been blamed for slowing Emma down re-established himself amongst fellow whippets as the faster of the pairing. Emma now complains he's too fast.

Steve C took Len down to Salcey Forest to compete in a full-on 5K cani-X event and - as is their endurance-machine wont - they padded the measly 5K out with plenty of training time and distance in both pre and post race runs / stick games / general loafing to break up the drive from north to south and back again. One such jaunt took in 2 full hours at Ladybower reservoir: it is worthy of a mention that Steve never sleeps.

In off-road conditions that are kindly described as 'moist' Steve and Len smashed the 5K Salcey course in 22:12 giving them a 12/33 position overall and a 3rd place rosette in their age category. 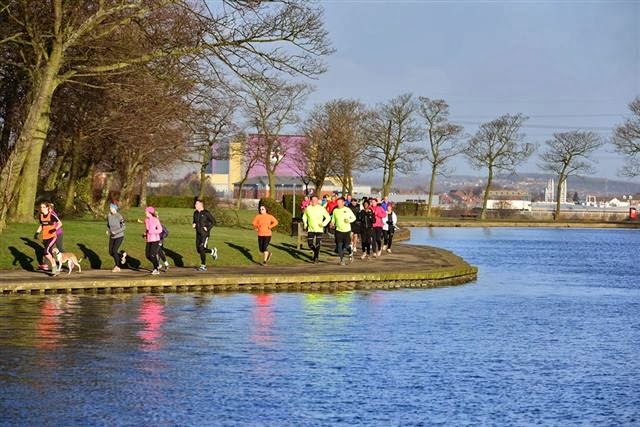