Rosie Wigg, still very much new to riding - let alone racing - a bike, proved that a decent cardio-vascular system translates well across disciplines and performed well at only her second ever duathlon. The event was the Oulton Park Sprint (run 4.3K / bike 21.6K / run 4.3K) held on closed roads at the motor-racing circuit - an absolutely exceptional venue for multisport racing. Rose mixed it with full-on aero bikes (pic) and could easily knock minutes off her time given more biking experience and an aero setup.

Emma S also featured on the duathlon scene taking on the hideously hilly and technical Carsington Sprint event in Derbyshire’s Peak District (read very hilly). The event is long for a ‘sprint’ and comprised a 5K run, an exceptionally tough 30K bike, followed by a final leg-killing 5K run. The bike leg is super-serious and involves lots of slippery surfaces, frighteningly fast and technical descents, and a total of 231 metres of climbing - much of it up a very tough single fall-off-sideways kind of hill. Emma paced the whole thing well and put in a very strong bike leg to finish 5th in age group in a time just sub-two hours. This would have been 4th but for a very unfortunate and totally unforgivable cheat in the form of a fellow female competitor who drafted a male club mate for the whole duration of the bike leg and, unfortunately, escaped detection. Slow handclap…

Steve C returned to the crazy world of extreme swims last week. This is an esoteric world that tends to feature ridiculous temperatures, mega-distances, unforgiving sea currents, or some other fiendish twist that makes the already-difficult business of open-water swimming even harder than it needs to be. Steve’s most recent near-death adventure involved a (theoretical) 500 metre distance and involved the compulsory use of a glow stick.  No open water swim should ever require the compulsory use of such a thing.

Cutting to the chase, Steve excelled in the mind-over-matter challenge of this particular night swim and though finishing well up the overall field still managed to actually notice and enjoy the moon and starlit experience - all this in spite of clocking a GPS-recorded distance of 680m. Sighting in open water is notoriously difficult as it is; sighting in open water in the dark is altogether just on a different level. 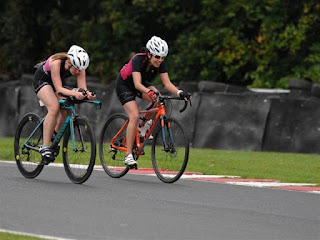