Though not a formal Cani-X event, Steve C and Len had a crack at the Delamere 10K trail race on 11th September, a sometimes-tricky-underfoot race through ’s largest (and very beautiful) . Steve and Len finished in the top half of the field and were the first man / canine team home – a fitting result given that the main motivation was to celebrate the almost-to-the-day seventh-year anniversary of the Steve / Len running partnership.

Jamie L continued with the general 2016 theme of Go Veggies taking on some very tough challenges with an assault on the Worcestershire Beacon Race held on 8th October. This 7 mile multi-terrain event in the heart of the includes tarmacked road, woodland paths, exposed tracks, grass and rocks. As if the change in terrain isn’t tiring enough, competitors are also expected to take in approximately 500m of ascent: including a real lung-busting effort up Worcestershire Beacon itself (pic). Impressively Jamie beat the hour mark for this grueller and finished a highly credible 60/219 overall.

Parkruns have again featured quite a bit in GV activities this past few weeks with members making appearances at Bradford, Nostell Priory, Doncaster and . A good number of age-group wins and top-10 overall positions have been recorded with the stand-out performance being that of Mick W, who achieved a course best of 19:22 at Nostell: a cracking time on this very pretty but difficult and ‘lumpy’ course.

In multisport news, the 18th of September saw Emma S back in sprint-triathlon mode at the Nottinghamshire-based Southwell Last Minute event. Emma reports having had a pretty average swim followed by her best ever bike performance on this particular course (a two minute PB) and then a half-decent run to finish 7/24 in age group.

Meanwhile, Steve W also made a surprising end-of-season appearance at the Epworth Sprint Tri on 9th October and showed his speed hasn’t been tainted too much by this year’s Ironman effort by finishing an impressive 2nd overall. Steve reports he would have taken the event win but for making the irrational error of trying to put socks on in Transition 1. A particularly cold autumnal morning inspired the thought process that rather than wrestle with numb feet and waste vital seconds in T2, if socks were worn through the bike leg then T2 would be a super-slick affair – and so it proved to be: the downside was that trying to wrestle socks on to wet-from-the-swim feet meant our…ahem… ‘most experienced’ triathlete wasted a good 30 seconds stubbornly persisting in the folly whilst his ultimate rival-for-the-win was gifted a 250m head start on the bike…

In spite of some very cold events Steve has never tried the sock’s experiment before: he won’t be trying it again! We live, we learn.

Finally, for any who fancy it, quite a few Go Veggies are now using Strava, which is a pretty effective training aid and a good place to keep abreast of fellow members’ activities. The KOM / QOM / CR accolade that can be won by beating fellow Strava users over named ‘segments’ is definitely a real motivator for those occasional otherwise-far-too-easy-to-put-off maximal efforts – just resist the temptation to try one every day… 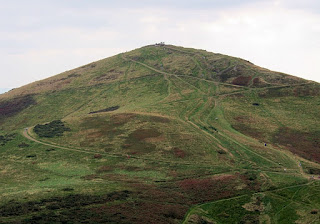