Mick W combined some good solid bike training with an entry into last month’s National Cycle Challenge – a scheme designed to encourage bike-commuting to work. Mick’s impressively dedicated 23 days and 300 miles of commute was enough put him in 4th position in the challenge for the whole of his home .

Not content with hammering the bike, he’s also been putting in some really impressive runs and a 5K PB at ’s parkrun bears testimony to his form. This was his first sub-19 minute 5K but very probably won’t be his last.

Mick has been working hard on both disciplines with a view to making an impression in cross duathlon this Autumn and indeed, on the15th October, he made this season’s multi-sport debut at Clumber Park in One Step Beyond’s 5K run / 17K MTB / 2.5K run Sprint event.

Unfortunately, in spite of his proven bike and run form, this particular foray into ended in frustration and disappointment after slack course signage management saw him – and several other leading racers – directed off the bike course: thereby rendering the whole event something of a farce. 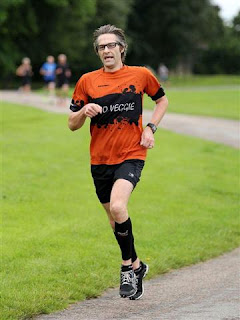