How crazy can one man be?

It's been undeniably freezing cold outside this past few days so imagine how raw it must feel up in the Lake District. Now imagine how much worse being there would feel if you were standing right next to Lake Windermere in just your pants. Not fazed? Try plunging into the lake and racing in a flat out sprint with full-on brain freeze and your respiratory system in spasm.

Sounds fun, right? Welcome to the world of resident GV ultra-athlete Steve C, who took on the 60 metre version of the Big Chill swim this weekend. Steve was initially disappointed that entries were already full for longer versions of the event but immediately post-race was most definitely of the view he'd had something of a lucky escape and was furthermore persuaded it was a "never again" kind of race experience.

In spite of the body-shrivelling cold and - frankly - the sheer lunacy, Steve still managed a top half of his age group finish, and, in true Steve C fashion, an hour or so after finishing was already thinking of ways to improve for next year. He's even mooted the possibility of pulling together a relay team!

We can order some appropriately flimsy GO VEGGIE swimming gear if anyone's interested... 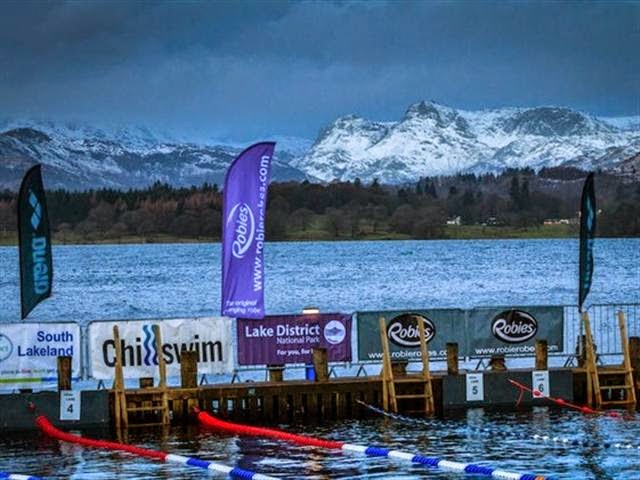