Rosie Wigg was in exalted company in the latest edition of the Wooden Tops' Auld Land Syne fell race which was run, as hinted at in the title, on 31st December 2014.

The race, though 'only' a little under 10K, is run over genuine upland Pennine moorland near Howarth, Keighley and as a result is renowned for its tough going. The attrition was high with several competitors helped / carried off the course. Though putting in a credible run, Rose did not escape the clutches of the terrain and at one point unexpectedly sank knee deep in bog and executed a pretty solid face-plant. She's made of tough stuff though and after a bit of a wipe and a peaty-splutter just got on with it.

For the record, Alistair Brownlee won, Jonny was third, and a few other pro athletes made the top ten in what to them are low-key appearances. One particularly unusual but very competitive visit was from perhaps the fastest triathlon swimmer in the world at the moment, Slovakia's Richard Varga. 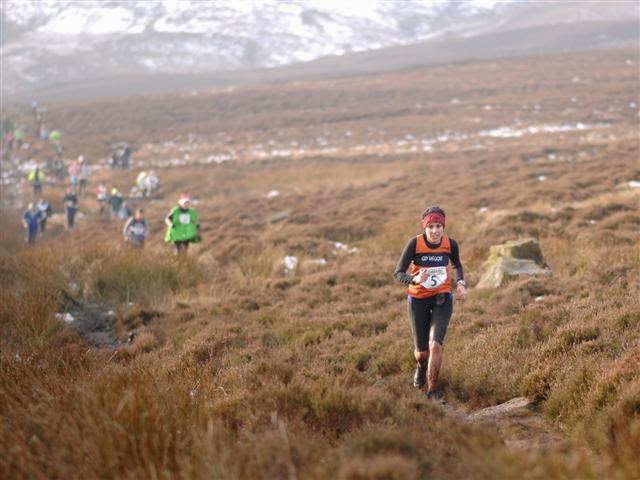