Three out of Three

Steve C and Len were on top of a country - again - last week, courtesy this time of Mount Snowdon.

It was something of an achievement, not just in its own right, but because the summit marked the successful ascent of the third of the GB peaks this year. Steve and Len set out their stall to reach the top of Scafell Pike, Ben Nevis, and Snowdon within the year in an effort to raise a not inconsiderable sum in sponsorship cash for the noble Pounds for Poundies cause.

The bemused train passengers on the Snowdon Mountain Railway can't have realised the virtuous dog-saving back-story as they watched Steve and Len fully harnessed up doing what they do best.

Actually, we're not quite sure which is weirdest: a dog and man racing up a mountain, or a rickety train pottering down one. 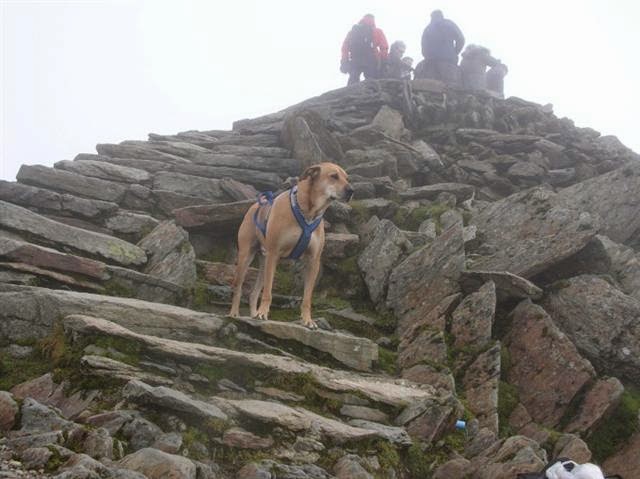