Mick W and Emma S turned out for Saturday's Pontefract parkrun and both had an eye on carrying good recent form into a new venue PB. Unfortunately weather conditions thwarted both with a swirling breeze constantly hampering swift progress. Mick was in the 20 minute slot again, but missed his venue PB by an irritating 2 seconds. Emma was a little further adrift but still managed an age group win and was 7/83 overall in the female field. Both are hoping to carry current form into their next Trunce appearance.

On Sunday (10th May) Steve W was again battling it out in the Grantham Sprint Triathlon (S400m / B18K / R5K), not only against 150 or so other athletes, but also against the treacherous weather. This race seems besieged by poor weather, the 2012 edition was notorious and still ranks as one of the coldest ever run with temperatures as low as a wind-chilled 3 degrees C and foul torrential rain. Sunday's race wasn't quite in this league but still saw extremely tricky bike conditions with lots of standing water, sideways rain, and a strong westerly wind.

In spite of the cold, wind and rain, most entrants took to the startline and just plain got on with it. Steve took an age group win, was 8th overall, and reports it only took a couple of hours in the woolly hat and winter jacket to get warm again. 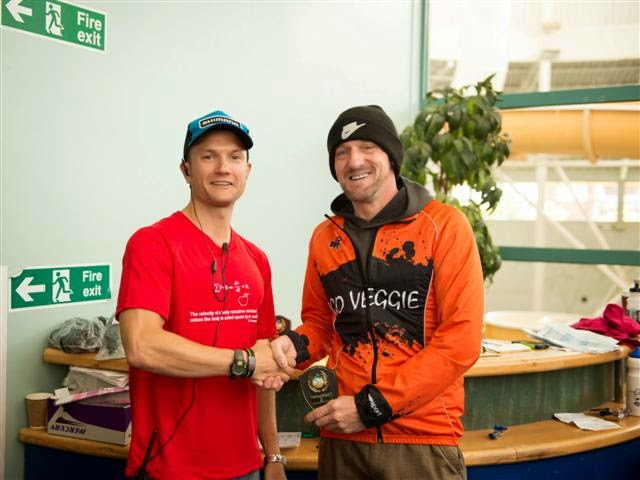