The British age group sprint triathlon championships were held at Eton Dorney (the Olympic rowing venue) on Saturday (17th May) and saw a gathering of elite age-groupers from all corners of Great Britain bidding for national medals.

British Triathlon competition rules mean that in events such as this you only race against other competitors in your own 5-year age band so, for example, should you happen to be a  sprightly 33 year old, you would race in the 30-34 year age bracket.

Steve W isn't 33, but did race, or at least raced the bike and run sections. The swim - 750m in the open water of the rowing lake - was to prove something of an undoing with the lead swimmer leaving the water some 3 minutes ahead of the Go Veggie contingent. Steve was able to pull some time back on the 21.6K bike leg and indeed recorded the quickest bike performance of the race; he also went on to hold his own in the 5K run leg which ultimately saw a close-run battle for podium positions.

At the end of the piece Steve came out of it with a credible 5th position and an ongoing bewilderment with people that can swim 750m in under 10 minutes. 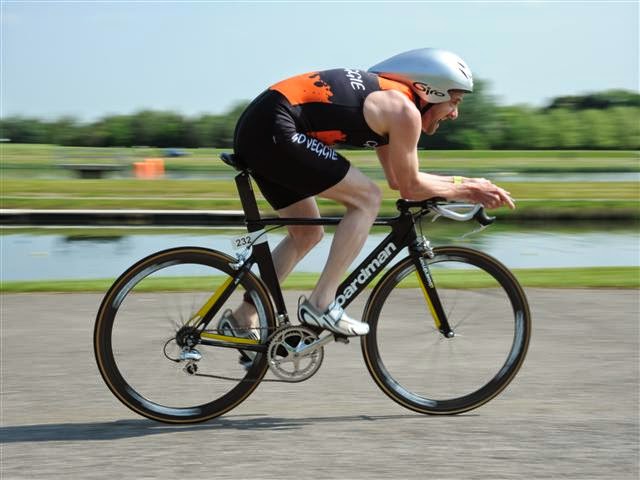